Skyrim: The best timesink on earth. 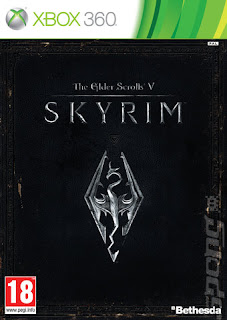 So I received quite a nice bonus from my boss, and I bought myself and Xbox360. I know I'm about five years after the times with my purchase, but I would like anyone out there to try to afford one on an article clerk's salary. Especially a married article clerk.

I've never been too interested in console gaming. I've always had my PC and the thing was quite a monster five years ago. But that means it sucks in today's terms. So no chance of playing any new game on the old dinosaur. When Batman: Arkham City came out, I thought it would be fun to play. But then I saw the screenshots of Skyrim, and I fell in love.

I just knew that I had to have it. I've finished Neverwinter nights 1&2 as well as Oblivion, and this was the game that finally sold me on the Console deal.

And yes, the game is so cool and pretty that it justifies spending R3,500 (about $430) on a Xbox360. I'm loving every second of it so far. That the Kinect should be handy for insane drinking games is also quite a bonus.

So, since I'm working straight through to the end of the year, and spending a lot of my free time on hunting dragons in Skyrim, reading has been slow. But I do not care.

Email ThisBlogThis!Share to TwitterShare to FacebookShare to Pinterest
Labels: Skyrim